Pilot Name: Social Innovation and Generativity in the Mediterranean City 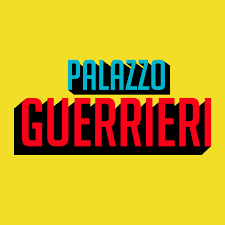 The pilot action has been focused on territorial analysis, policy analysis and production of data.  The action has supported with knowledge and data the experience of Palazzo Guerrieri, a community hub realized by the Comune di Brindisi in a disused public historical palace. The City Government of Brindisi is using this space to enact a wide set of policies aimed at promoting innovation in different areas of intervention. Among them it is possible to mention: a public bid for offering support to start-ups, a public call for entrusting to associations urban parks and public buildings, a co-working, a high number of cultural events. These initiatives have to be analysed in a national context within which many City Governments are trying to enact innovative policies to involve citizens in creating innovation in local development and in managing public assets. The Valore Comune Project promoted by IFEL (Istituto per la Finanza e l’Economia Locale) is aimed at studying those policIes for urban commons and to spread them among italian municipalities. The experience of Palazzo Guerrieri is particularly interesting because it is promoted in a context characterized by relevant social and economic problems. This is why the action has been carried out in cooperation with IFEL, that took part to the Pilot Action working group.

The main activity realized by the pilot action is the analysis of the “Palazzo Guerrieri” project in the context of Brindisi. The main activities are the following: 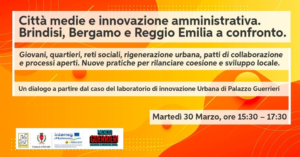 RESULTS The results obtained are an increased knowledge of: